Concealed Carry Classes For The Masses

Everything You Ever Wanted to Know About Concealed Carry – Laws, Permits, Classes, and More

If you are planning on carrying a concealed weapon for any reason, you should definitely consider enrolling in a CCW class in your area.

There is no better way to learn to carry your handgun safely and these courses give you a deeper insight into the realities and liabilities of carrying a concealed weapon both in your home state and while traveling in the USA.

This article aims to tell you more about concealed carry classes: how to go about finding one, what you will learn and why they are of benefit to you so that you can be fully informed.

While Federal Law neither prohibits nor requires private citizens in the USA from carrying concealed weapons, individual states all have their own legislation on the subject.

The majority of states will issue a permit to anyone who applies and meets the relevant criteria, others have different laws regarding permission to carry a concealed weapon and it is important to become familiar with the different legislation in place if you are planning to travel outside your immediate area with your firearm.

Current Federal Law does dictate the types of firearms which are forbidden to be carried, specifically those in the category of assault rifles, including machine guns, short barreled shotguns and short barreled rifles, and there are also restrictions regarding ammunition.

Federal Law also generally allows the transport of firearms across state lines, although most individual states have legislation to regulate the carrying of guns inside vehicles.

Some classes of people are also banned by Federal Law from carrying a firearm altogether, including convicted felons or those who are currently under indictment, those considered to be mentally disabled, illegal aliens, users of illegal drugs, the majority of non-immigrants, renounced US citizens, veterans who were dishonorably discharged, fugitives and those who have been convicted of domestic violence offenses or who are subject to a restraining order pertaining to domestic violence.

However outside of these areas, it is local State Law that dictates the process of applying for a concealed carry license and therefore it is important to take the time to become aware of your rights and obligations to ensure that you are staying within local laws.

Some states have no restrictions or requirements for a permit to carry a concealed weapon. These include:

Most states are regarded as “Shall Issue” states which means that any individual who meets the requirements of the state will be issued with a concealed carry permit. These include:

There are also some states that are considered to be “May Issue” states which means that the local authorities will judge whether or not to issue a permit, even if all the requirements are met by the applicant. They include:

In American Samoa and N. Mariana Islands, no private individual is permitted to carry a concealed weapon.

What Is A Concealed Carry Permit and How Do You Get One?

A Concealed Carry Permit allows an individual to carry a weapon while they are out in public as long as it is kept concealed from public view, either worn on the body under clothing or kept close at hand in a bag or vehicle glove box for example. 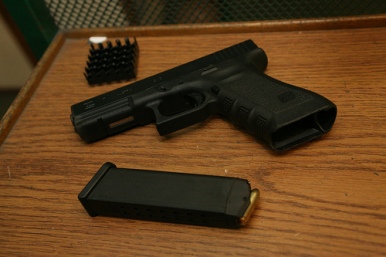 While in most cases these permits refer to a firearm, in some states (e.g. Florida) a CCW permit is required for non-lethal weapons such as pepper sprays.

If you live in a state in which a permit is required to carry a concealed weapon, you must first determine if you are permitted to apply according to your local state law.

Once you have identified that you are eligible, you must follow the application procedure according to your state as some have different criteria to others.

For example, some states require that the applicant has competency with a firearm while others demand a certain amount of training to have taken place.

You may need to justify your request in writing with reasons for requiring a concealed weapon and you may need to provide proof of residency in the state as well as fingerprints, passport photographs or other information as determined by your state.

What Is Concealed Carry Reciprocity?

If you have a CCW permit that has been issued in one state, you may find that other states will honor your license, with a number of states having entered into a formal legal agreement of reciprocity. 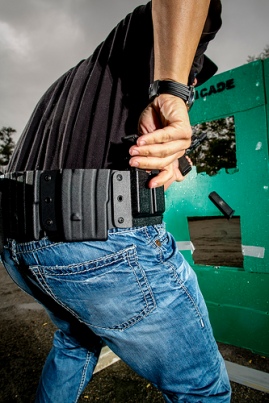 It is important to know, if you are driving through several states for example, if your CCW permit will be accepted in the areas in which you plan to travel, otherwise you could be breaking the law.

Some states do not have reciprocity agreements but will offer non-residents a CCW permit for anyone visiting the area who currently has a valid permit from their own state.

There are also some states that will neither honor permits from other states nor allow a non-resident to be granted a permit which means that those who are not resident in the state cannot carry a concealed weapon at all.

The states with which reciprocity agreements are held and the extent of those agreements vary considerably. Some will honor all CCW permits that have been issued by any state while others will only honor the permits from certain specific states.

If you want to be certain which states will accept your home state CCW permit, you can check the www.usacarry.com website for an interactive map which will show you where you can legally carry your concealed weapon.

What Do You Learn In Concealed Carry Classes?

Although only some states require you to attend a concealed carry class and the length of the course will vary, there are several things that the class is likely to cover.

When you attend a concealed carry class you will almost certainly learn about safety when carrying a firearm in different environments as well as practice in loading, firing and unloading a gun.

You will probably cover the basic principles of marksmanship as well as covering a few different techniques and will learn the art of cleaning and caring for your firearm.

A topic that is likely to be covered is the safe storage of a firearm in the home and a brief about local laws with regard to carrying concealed weapons including legislation regarding where a weapon can and cannot be taken, who may or may not carry a weapon and which types of firearms may or may not be used as well as the kinds of circumstances you may encounter in which it would be considered appropriate to use a weapon.

In some states you may have to take a test to determine your level of proficiency. Even if there is no requirement in your state to take a concealed carry class, it is strongly suggested that you take a course anyway as it is the best way to gain an understanding about the reality of carrying a concealed weapon.

After completing a class, you will know the best way to handle, clean and care for your firearm as well as how to store it safely in your home and carry it in the correct manner when out in public.

Perhaps most importantly of all, concealed carry classes ensure that you stay on the right side of the law by giving you a thorough grounding on the local legislation requirements as to where and when you may carry your weapon and the circumstances under which it is appropriate to use it.

Many CCW courses can be completed in a single day, although in some areas the courses will be run over a weekend or even a longer period depending on requirements.

How Do You Find Concealed Carry Classes Near You?

If you need to find concealed carry classes close to you, you simply need to go online and search for CCW courses in your area.

There are countless website which list available classes in all states across the USA, most with interactive maps so all you need to do is click on your state to find convenient courses in your neighborhood. There are many sites that list courses across America so you can find one close by.

There are certain courses which are offered by the NRA which include both live firing and classroom instruction to meet the CCW class requirements of the majority of states.

Some states also allow courses to be taken online rather than in person, which is especially convenient if you cannot find a class that you can attend and there are currently at least 5 states which will accept exclusively online training, namely Idaho, Iowa, Oregon, Virginia and Wyoming. 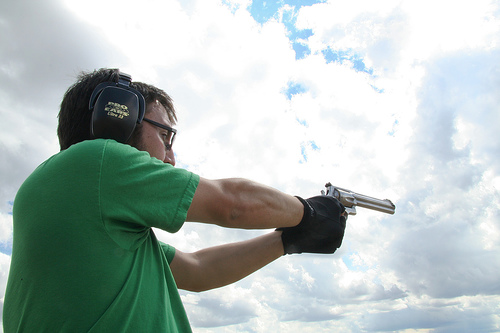 Should you be allowed to take a CCW class online in your state, there are several online options which can be found by doing a simple search.

These online courses will give a good grounding in all the basics of carrying weapons safely and the fundamentals of shooting although of course they will not have any live firing as part of the course. They are generally recommended for those who already have some knowledge of firearms.

Some of these courses take as little as 45 minutes and require the completion of a test to show a pass or fail.

What Do You Need To Know About CHL Courses?

Some states will issue a CHL permit rather than a CCW license.

Although they are pretty much the same thing, it is important to note that a CHL permit is referring solely to handguns rather than any other kind of weapon and therefore if you are caught carrying a different type of weapon such as a knife in those states, even if you have a permit you will be committing an offense.

Although the content of a CHL course is roughly the same as a CCW course, it will be called a CHL course in states that offer a CHL license rather than a CCW one.

It is also possible to take CHL courses online, certified by participating states such as Texas, and these permits once issued will be recognized in all reciprocal states, so for example if you take an online CHL course accredited by the State of Texas, your permit will also be recognized in 28 other states, which is useful if one of those is your home state.

What Is A Gun Safety Course?

In some states, such as Illinois, there is a requirement to complete a gun safety course before taking a concealed carry class.

The gun safety class is designed to give those who are new to carrying firearms a basic grounding in the best and safest ways to handle a gun.

This is a helpful and informative course for anyone who has no previous experience in operating a firearm and gives participants all the information that they need to be able to progress to the more advanced Concealed Carry Class.

The course aims to prepare participants for gun ownership and the content generally covers such topics as handling, transporting and storing a handgun as well as keeping children safe from weapons.

These courses can generally be taken in person or even online, with tests at the end to grant a pass or fail.

Often a gun safety course will have no live shooting portion and will focus purely on maintaining safety around a weapon.

Whether you have an interest in one day carrying a concealed weapon or just want to know more about staying safe around firearms, this basic course is a good grounding in the subject.